Volunteers warmed up some Campbell Soup, while bread and home baked goods were set out, the coffee was perking and the large room was empty. The five minute notice was given to volunteers and then those needing shelter for the night began to arrive. I was struck by the orderliness in which they filed in and some took their favorite spot – whether it be in a corner so that after lights out a small lamp could be lit so as to permit Fred to continue reading; or in a chair the volunteers set aside for Eugene who had had his toes amputated; or at a desk and chair so Lamont could continue his assessment of the damage identity theft had done while he was incarcerated; or at the kitchen door so Asbury could show the volunteers how he makes picture frames from foil potato chip bags; or simply to position themselves in front of the TV screen for the night’s video. All were there because there was nowhere else for them to go that night.

Staff worked the room and greeted most by name. The few who were new to the respite were greeted and asked to provide certain information so as to include their information in the Homeless Management Information System. As they politely (with many “please” and “thank you”s) gathered their warm food, coffee, bread/rolls and dessert they found comfort in others around them. Some began playing cards while others took turns in the only shower at the respite. Clean clothes and blankets were distributed to those in need. Many Soul Foundation blankets were observed being used by those who had previously been given them on a prior visit. I only wished I had a few more so that those who were new could settle in on something more comfortable than the cold tile floor.

After a few hours of conversation, we, the volunteers, quietly gathered our belongings to leave the evening to the staff and clients. The lights dimmed and we began to depart – from the darkness we heard many more “thanks for coming” being first whispered and then spoken more loudly with much appreciation for the services and “home baked” food we provided. My reply was simple, “No – thank YOU for sharing so much with us.”

Joan McConnon, Associate Executive Director and Chief Financial Officer of Project H.O.M.E. in Philadelphia, PA, volunteered at Joseph’s House with me that night and shared in this amazing experience. Joan’s response after leaving that evening was “I would just like to say what an honor and privilege it was for me to be with all of you and the women and men of Camden last evening”.

The respite is in need of volunteers (especially on Saturdays). If you are interested please contact Bill Slaven at ws@josephshouseofcamden.org

Soup or casseroles for 50 would always be appreciated as well as bread or rolls or something sweet. Blankets, underwear for both men and women, and men’s clothing, especially pants, are in great demand. If you can help, call John Klein at 856-964-9777 ext. 606. Please also visit their website for more ways that you can help: Joseph’s House.

Thank you for your support of the Jon Bon Jovi Soul Foundation and our community partners. By coming together, WE can help make a difference – one SOUL at a time… 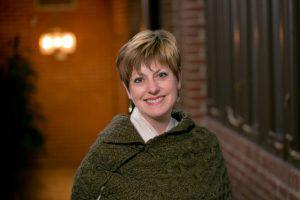 Melody brings over 20 years of nonprofit experience along with a deep passion for social justice to her new role with the JBJ Soul Foundation.  Previously as the VP for Programs and Initiatives at the Lancaster County Community Foundation, she changed their approach to grant making, elevated the conversation around social enterprise and explored creative approaches to increase financial stability for local residents.  An active community member, she served on a work group for the Mayor’s Commission to End Poverty, the steering committee for Lancaster City’s Economic Development Plan and with the Prosperity Indicators project.

Originally from Virginia, Melody is excited to call Philadelphia home and begin to explore ways to build upon JBJ Soul Foundation’s first ten years of impact.  Melody is inspired by Gandhi’s quote “Be the change you wish to see.”

Please visit the White House website for a live look into the meeting! You can also participate in a live discussion of the meeting on Facebook

The Council will provide advice to the President on the best ways to mobilize citizens, nonprofits, businesses and government to work more effectively together to solve specific community needs. In addition, the White House Council for Community Solutions has been tasked with three key functions: enlisting leaders in the non-profit, private, and philanthropic sectors to make progress on key policy goals; providing strategic input and recommendations to help the federal government promote greater innovation and cross-sector collaboration; and honoring and highlighting those making a significant impact in their own communities. The Council is composed of leaders from non-profits, corporations and foundations who are committed to social innovation and civic engagement.