To ensure the protection of those it serves, the location of the safe house is kept confidential. The new shelter, located in Monmouth County, is slated to open by year’s end, and will be able to house 45 women and children at a time, up from 25 at its current location.

“Over the past five years, we have had to turn away more than 400 women and their children who needed our help. We simply don’t have the room,” said Anna Diaz-White, Executive Director of 180. “By doubling our capacity, we are in a position to help so many more people in our community.”

When violence forces individuals, children and families to leave their homes, the shelter is a safe haven. Families stay for a period of 30 to 60 days in this temporary home where adults and children can begin to heal, recover, and rebuild their lives. It provides residents with counseling, advocacy and assistance in finding permanent housing. Art therapy and counseling are available for children.

“As a former Monmouth County Sheriff, I have seen the terrible toll domestic abuse takes on families firsthand. Today, we are taking strides to show those affected by domestic abuse that they are not alone at this difficult time, that there is a place where they can find safety, support and the tools for self-sufficiency,” said Lt. Governor Guadagno. “As we work to combat domestic abuse and assault, 180’s steadfast dedication ensures that shelter is available when the unthinkable happens.”

“I am extremely proud and thankful to our Board of Trustees, supporters and donors. Their tireless efforts have made this day possible,” said Diaz-White. Among the major donors of the Capital Campaign are Verizon Foundation, the Jon Bon Jovi Soul Foundation, the James and Faith Knight Foundation, and New Jersey Natural Gas.

180 Turning Lives Around is pleased to once again partner with Verizon Wireless – a relationship that began over 15 years ago through the HopeLine from Verizon program.

“Verizon Wireless is proud to support the construction of the new safe house, and in turn, continue its support of the great work of 180 Turning Lives Around which serves so many families in Monmouth County,” said Andrew Testa, Public Relations Manager, Verizon Wireless New York Metro. “This partnership will help us continue our efforts to end domestic violence by supporting local agencies and ensuring that domestic violence survivors in the New York Metro region are getting the support and safe housing that they need.”

The Jon Bon Jovi Soul Foundation has partnered with 180 for over a decade, providing funding for 180’s 2NDFLOOR® Youth Helpline, and assistance to 180’s clients through the JBJ Soul Kitchen.

“The JBJ Soul Foundation’s purpose is to ease the burdens of homeless families and provide funding for programs that help those affected by poverty achieve independence and self-sufficiency,” said Jon Bon Jovi in a prepared statement. “180’s Safe House provides the tools for homeless victims of domestic violence to begin to heal and recover. We are proud to support the building of a new safe house in a community in which we already work that will help ensure that families who reach out for shelter aren’t turned away because of lack of space.”

NJNG and 180 Turning Lives Around have been working together since the charity’s earliest years in the 1970’s with funding support provided for 180’s programs, lending executive staff and leadership to the Board of Trustees and Advisory Board, and volunteers for fundraising events.

“For far too long domestic violence has been something that people didn’t want to talk about,” said Kathleen T. Ellis, Chief Operating Officer of New Jersey Natural Gas. “But when one in four women suffers from domestic violence and three out of every four people knows someone who is a victim, we can’t stay quiet any longer. Thankfully there are people like Anna and exceptional organizations like 180 Turning Lives Around that are doing something about it. They are making a difference where it is needed most – in the lives of individuals and families who need help. That is what today is all about, and New Jersey Natural Gas is proud to support their important work to end domestic violence in our communities.”

The Faith and James Knight Foundation are long-standing supporters of 180’s services for survivors of sexual assault. Their ongoing commitment has allowed us to provide rape survivors with a 24-7 hotline, counseling, and accompaniment at all area hospital emergency rooms and police departments. They were among the first to come forward and support our safe house capital campaign so that victims of domestic violence have a welcoming place to begin to rebuild their lives.
“The Faith and James Knight Foundation is committed to improving the lives of women and children in our community,” said Fran Lobl, Vice President of the Faith and James Knight Foundation. “As a supporter of 180 Turning Lives Around for over 15 years, we are pleased to contribute to the building of a new safe house that will accommodate more survivors of domestic abuse and violence.”

“Participation in our Capital Campaign has been tremendous. We have already raised more than three-quarters of our $7.65 million campaign goal,” said Diaz-White. “It is our hope that the rest of the funding will come through members of our caring community who believe, as we do, that everyone deserves a safe place to call home.”

180 Turning Lives Around, Inc. is the sole provider of domestic violence and sexual assault prevention and intervention in Monmouth County for nearly 40 years. Its mission is to end domestic violence and sexual assault in our community by providing crucial and comprehensive services to individuals and families affected by these issues by providing advocacy, leadership, shelter, counseling, art therapy, transitional housing and access to an extensive network of community resources. For more information visit 180nj.org

180 Turning Lives Around, Inc. is the sole provider of domestic violence and sexual assault prevention and intervention in Monmouth County for nearly 40 years. Its mission is to end domestic violence and sexual assault in our community by providing crucial and comprehensive services to individuals and families affected by these issues by providing advocacy, leadership, shelter, counseling, art therapy, transitional housing and access to an extensive network of community resources. For more information visit 180nj.org 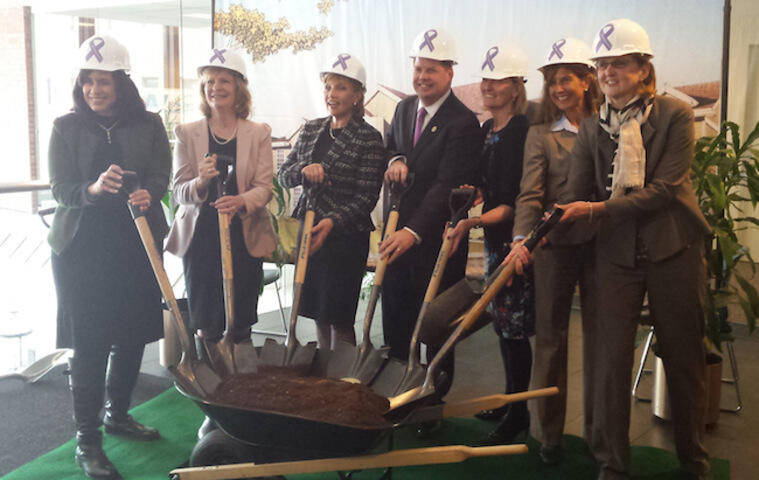