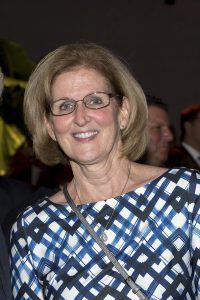 Happy New Year from all of us at the Jon Bon Jovi Soul Foundation!  2016 capped off our first ten years of operations!  As we celebrated many accomplishments in the fields of affordable housing and hunger -much due to the learned best-practices and sage mentoring by our many community partners – we look forward to continuing that work with you into 2017 and forward.

As many of you already know, this month we will have some transitions here at JBJSF.  After ten plus incredible years I will be stepping aside as the Executive Director to focus on personal activities and, thanks to Jon and the Board, will stay involved by retaining my position on the Board of the Foundation.

We, as a Board, are excited to announce the selection of Melody Keim as the next Executive Director.  Melody comes to us from the Lancaster County Community Foundation and prior to that the East King Improvement District where she has honed her management and community team-building skills.

I would be mistaken to not thank each and every one of you for the incredible support you have provided to our Foundation, and me personally, as we grew from a fledgling organization to one that has garnered national recognition for our work.

It has truly been “The Power Of We” because without you, our faithful donors none of this would have been possible.  Your understanding of our mission and basic “hand up” philosophy, your support of that work both financially and in your presence has been a motivating factor to me every single day over the past ten plus years.

During my tenure, I have collaborated with the smallest of nonprofits to the largest networking organizations as well as many local, state and Federal government entities – all of whom have provided inspiration to me.  I leave this position with the greatest respect for the work that each and every one of you do each day in providing compassionate and impactful services to those in need.

So as I pass the reins to Melody, I thank you for your support, your friendship and for your inspiration and I look forward to seeing what the future holds in store for us! 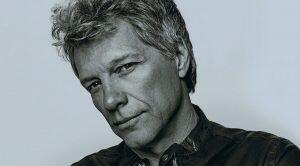 The story of Jon Bon Jovi and Camden begins in 2009, when the much-loved rockstar spent a full day touring the city in a bus packed with city and community leaders who were there at his invitation. He had requested the tour because he wanted to see the city up close – all the good and all the bad.

Soon after, he convened a roundtable with politicians, residents, community leaders and clergy members. Bon Jovi was conducting research. He wanted to know if he came to help, would the city respond? He made it clear to everyone: he didn’t want to use his money, fame and connections if it wouldn’t be put to good use.

This was Bon Jovi – eight years ago – trying to determine if Camden was worth helping.

And rather quickly, he decided it was. So for nearly a decade now, the celebrity icon has been quietly helping to chip away at problems that plague the city, donating money to targeted projects and popping up here and there at events, ribbon cuttings and video shoots. Plenty of Camden residents have taken selfies with him, and many city officials call him a friend.

“The relationship we have had with Camden speaks for itself,” Bon Jovi says. “We always knew change would happen, it just takes time.”

So over time, the rocker has seen several of his projects come to life, especially in the areas of housing and homelessness. The Jon Bon Jovi Soul Foundation has made housing its priority, originally giving a $50,000 matching donation to the Greater Camden Partnership, which was launching an initiative to transform vacant lots into pleasant, landscaped spaces.

Bon Jovi called that donation a “gesture,” saying he wanted to see if people would step up and match the donation. The Partnership ended up raising an extra $150,000, exceeding the original match donation and reassuring the singer his efforts would be well received and could have a substantial impact.

That was followed by a JBJ Soul Foundation grant of $250,000 to Heart of Camden for the construction of nine homes.

“We did several home ownership projects,” Bon Jovi says. “With Heart of Camden, it was a home ownership and neighborhood revitalization project – we added some ‘green’ to the build. This was followed with the rehab of five houses with Saint Joseph’s Carpenter Society, which were offered for sale to low- and moderate-income first-time homeowners. The importance of this project was its focus on eradicating vacant and boarded-up houses in neighborhoods.”

“Conversations then led to the need to provide shelter for the homeless and to begin to address the very visible issue of the homeless population in Camden,” he continues. “Subsequently, we funded Joseph’s House from the time it was just a vision to now, and today it is a resource-oriented hub for homeless services.”

The JBJ Soul Foundation’s support of Joseph’s House allowed the nonprofit to move to a new, larger location. After years in a temporary setting, the nonprofit purchased and rehabbed a freestanding facility that provides emergency shelter, as well as direct access to social services and healthcare agencies. Bon Jovi attended the ribbon-cutting ceremony in 2014, along with former residents of Joseph’s House, county officials and local leaders, including Mayor Dana Redd, who quickly formed a partnership with Bon Jovi after her inauguration in 2010.

When you ask Bon Jovi if there is one person who has impacted him most during his time in Camden, he points to Mayor Redd.

“Her commitment and calm, steady leadership has been most impressive. Having been born, raised and educated in Camden, she is the guiding light. Her vision of what Camden can be is clearly articulated in everything she does.”

For Mayor Redd, the admiration is reciprocated.

“Before I even met him…I was about to take on an enormous job with a lack of resources. So I prayed,” says Redd. “I remember one prayer very specifically.

I asked God to send help for Camden – and he did. He sent individuals I never thought would come to our city.”

“Jon Bon Jovi is a spiritually grounded but socially conscious person,” Redd adds. “In my interactions with him, I’ve seen that he has a humble spirit. He is committed to his calling – you can feel it, you can sense it. And I think that is rare in mega-superstars of his nature.”

Others have noticed that kind spirit, too. Pilar Hogan Closkey, the executive director of Saint Joseph’s Carpenter Society – the third nonprofit to receive a grant for its housing projects – says the rockstar isn’t so much of a rockstar when he comes to Camden.

“It’s been interesting,” she says, “When he comes here, he’s much more concerned about meeting the people behind the scenes. He’ll do the public events, but he’ll ask to have twice the amount of time set aside for him to sit down and talk with real people. He doesn’t want to just shake hands, he wants to talk. It’s funny, because the initial reaction of the people he meets is: ‘Wait, how’s my hair?’ but then they realize he has a genuine interest in having a one-on-one conversation with them. So they do the selfie, but they walk away saying, ‘Wow, that was really interesting to sit down and talk with him.’”

Closkey has a favorite photo in her office of Bon Jovi with his arm around Camden resident Bernice Arrington, who passed away last year. It’s from one of his earlier visits to Camden, and the two are standing on a street corner.

“Bernice didn’t really know who Jon was, but she was tickled when she saw how good-looking he was,” Closkey says. “But more than that, she was so engaged in telling him about her neighborhood and the work we were poised to start doing there. Bernice was already a homeowner and living in the neighborhood, and she was a great convener of people to get things done in her community. On that day, she spoke with Jon about her ideas of what we could do together on the empty lots behind her house. We have accomplished some of it, and we’re still working on the rest.”

As the work on housing and homelessness pushes on, Bon Jovi continues to bring attention to the city. Two music videos for his new album, “This House is Not for Sale,” were shot in Camden. (The videos will be available to stream to Tidal members this month.)

“With the release of our new album, we decided to solicit several directors to do videos for every song on the album,” says Bon Jovi. “Casey Stein, our director, was assigned two songs: ‘Living with the Ghost,’ and ‘Reunion,’ which I wrote for my recent convocation speech at Rutgers. I explained to Casey and his producer that I was given an honorary doctorate by Rutgers, and I wanted to do something special with my speech – so I wrote the class a song.”

“When they told me the high school had the name Camden written on the bleachers, they pitched me that we could relate the song not only to the graduating class of Rutgers, but also to the journey of Camden and bringing back their people to the Reunion…that conversation won me over and led to our collaboration.”

Bon Jovi filmed his performance for the Reunion video at Camden High School last fall on a day students had off.

“But a few of them got word and came by to say hello,” Bon Jovi says. “As did the visiting girls volleyball team of Winslow Township High School – who had not received word that our video in the gym had postponed their game.”

Bon Jovi is also producing a documentary about Camden to be released this month. A film crew spent days shooting in North Camden and East Camden, including players from the North Camden Little League scrimmaging on the Rutgers-Camden softball field. “The film shows the progress in the city, and it shows the continuing commitment of the community,” Bon Jovi says.

“We often get thanks for not giving up on Camden and for returning to the city and for bringing others here, but in reality, we are drawn back because of the need and the community’s ‘never give up’ attitude – that keeps us coming back.”

“We’re in this for the long haul,” Bon Jovi adds. “These are our people. This is where I’m from. Our foundation began in Philadelphia, and I was born and raised in New Jersey. Our work has reached coast to coast, but our roots are here.”