The Sayreville, New Jersey-born rocker and his wife, Dorothea Bongiovi, are joining with local charities and wealthy fellow philanthropists to tackle hunger and poverty in a shore town that was devastated by Superstorm Sandy.

He and his Jon Bon Jovi Soul Foundation held a grand opening Tuesday for the B.E.A.T. Center, which stands for Bringing Everyone All Together. The center includes the second JBJ Soul Kitchen restaurant, where those in need can do volunteer work for their meals, and paying customers donate toward the cost of the volunteers’ food by purchasing a “Pay It Forward” certificate. The first one opened in Red Bank in 2011. 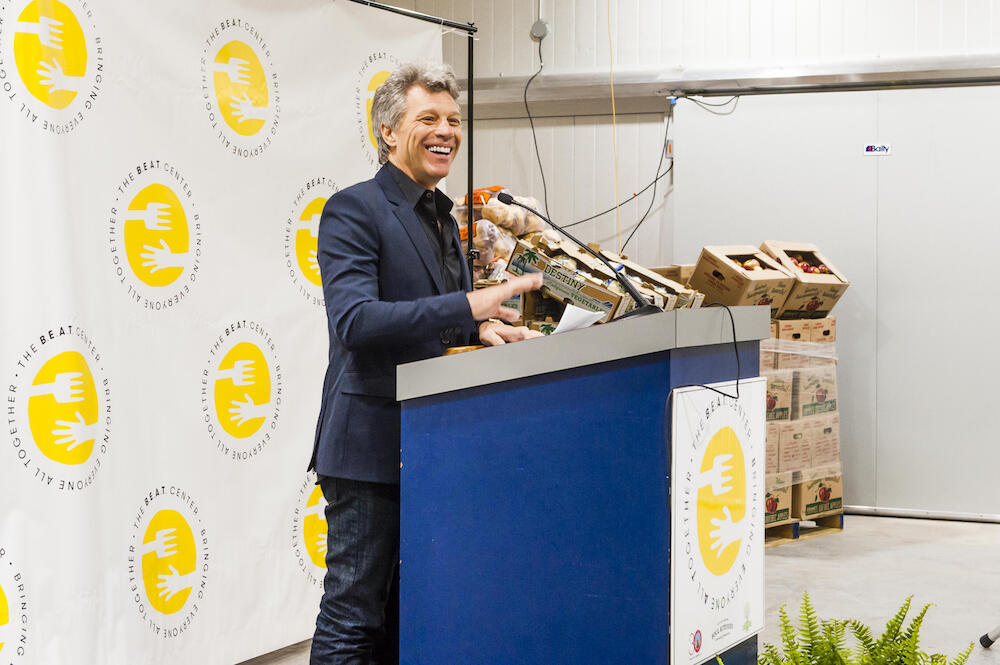 The center in Toms River is designed as a one-stop facility to help people apply for nutritional assistance benefits and health care, and get culinary-related job training.

The singer best known for rock anthems like “Livin’ On A Prayer,” “You Give Love A Bad Name” and “Wanted Dead Or Alive” said hunger is something he can actually do something about.

“We didn’t need scientists to find a cure,” he said. “There are so many wonderful causes and so many passionate people that are addressing them. We have been inspired by so many of our in-need neighbors who have come seeking help.”

He and several others active with the center said one of its main goals is not just to feed the lines at food pantries but also to permanently shorten them.

“We serve people with dignity,” added his wife, Dorothea. “You get great food and volunteer for the meal, and we ask our paying customers to pay it forward and pay for the volunteers’ meals. That’s part of our sustainability model.”

Bon Jovi said many area residents are still recovering from Sandy and don’t have enough nutritious food to eat. But he said the need predated the storm in Ocean County, where one in five residents is low-income or lives in poverty.

“This is happening across our nation,” he said. “When there’s 15 percent of children going to be hungry at night in a nation like ours, that’s not an issue it takes a scientist to solve.”

Toms River was one of the hardest-hit communities during Sandy, which struck Oct. 29, 2012. The nearby Ortley Beach section was devastated, and many homes and businesses still have not been rebuilt as the fourth summer after the storm approaches.

Bon Jovi is partnering with the Food Bank of Monmouth and Ocean Counties, The Peoples Pantry and the David Tepper Charitable Foundation to provide $5 million in services to needy families in the B.E.A.T. Center’s first year of operation. 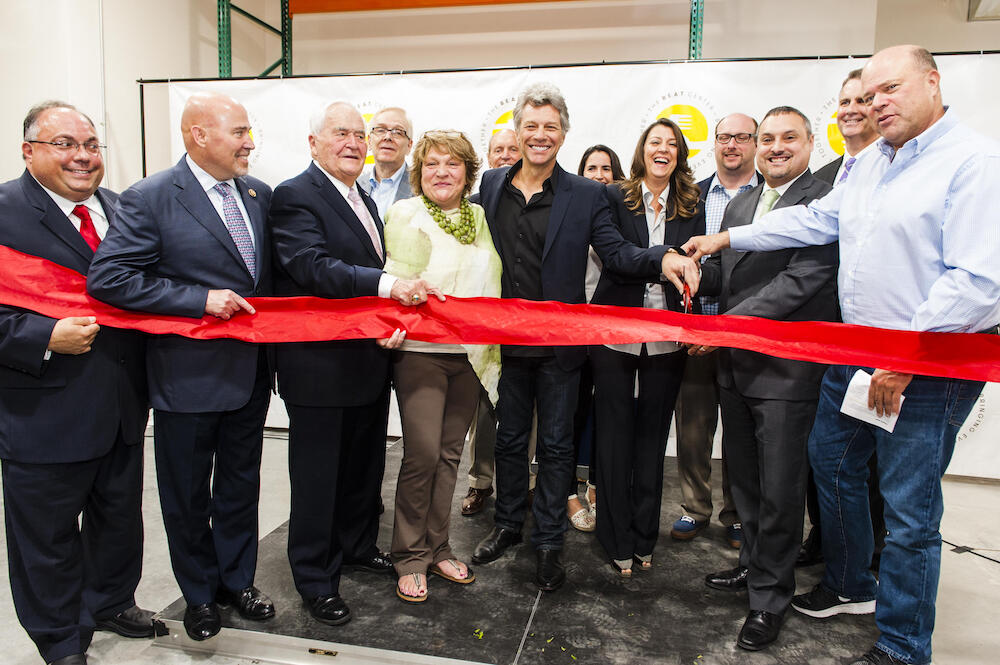 The center joins other charitable endeavors undertaken by Bon Jovi, including the construction of 440 units of affordable housing for homeless or low-income families and donations to numerous Sandy relief efforts.