HOBOKEN, NJ, (July 12, 2021) American Legion Post 107 and Hoboken Councilman Phil Cohen today announced that the Post’s nonprofit Veterans Center of Hoboken has received a generous match grant of $100,000 from the JBJ Soul Foundation, founded by Jon Bon Jovi, as the Post creates new housing and supportive services to provide homeless veterans with a place of their own.

“We know that even one homeless veteran living on the streets is one too many,” said Commander John P. Carey of Post 107. “They are heroes who served our country and sacrificed, and now need a helping hand. We are grateful to the JBJ Soul Foundation for such a generous grant, which will help make the vision of an expanded Veterans Center a reality.”

“JBJ Soul Foundation is dedicated to continuing our work with veterans, addressing issues of hunger and homelessness, and we are all inspired by the Veterans Center of Hoboken,” said Jon Bon Jovi. “The Center is not only expanding with 18 additional furnished housing units, but is also providing services including physical and mental health care and employment opportunities for these struggling veterans. This is exactly the kind of mission and positive impact the Foundation is proud to support.” 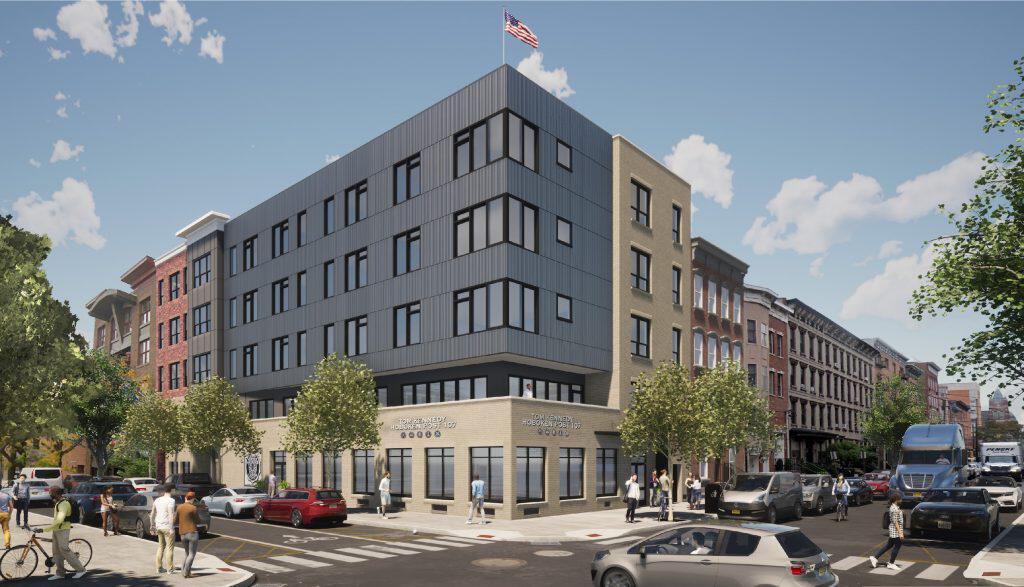 Hoboken Councilman Phil Cohen thanked the JBJ Soul Foundation for partnering with American Legion Post 107 on this extraordinary project, saying “I believe we have a moral duty to ensure the men and women who honorably served our country have a roof over their heads and receive the critical support services they deserve after all they have given our nation.”

Beginning today, donations from individuals, civic groups, small businesses, and corporations will be matched dollar for dollar until the challenge grant is fulfilled. Gifts from $25 to $25,000 are eligible. To Support the Veterans Center of Hoboken, visit Hobokenlegion.org/give or mail a check (made payable to Veterans Center of Hoboken) to 308 2nd Street, Hoboken, NJ 07030.

After its Hoboken headquarters was demolished by Superstorm Sandy in 2012, American Legion Post 107 rebuilt a flood-resistant facility that includes six units of affordable housing for homeless veterans. By adding 18 units, the Veterans Center will be poised to substantially, permanently reduce veteran homelessness in Hudson County. For more than a century the Post has been serving those who served their country.

UPDATE: JBJ Soul Foundation is proud to share that our match has been met and we are thankful for the support of this project.  On December 7, 2021, the JBJSF presented a grant for $100,000 at the groundbreaking ceremony held by the American Legion Post 107. 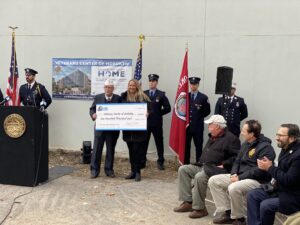